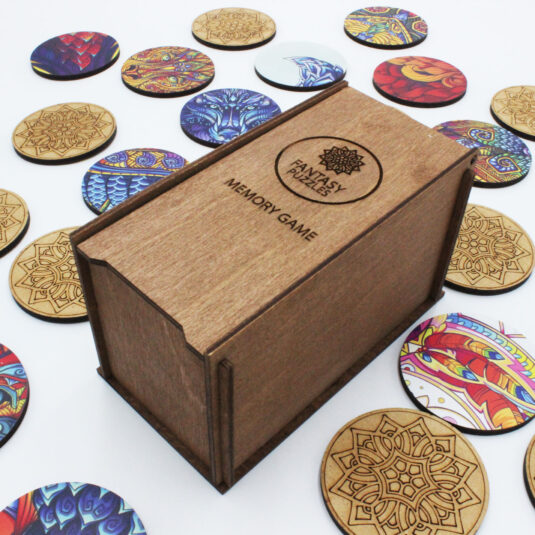 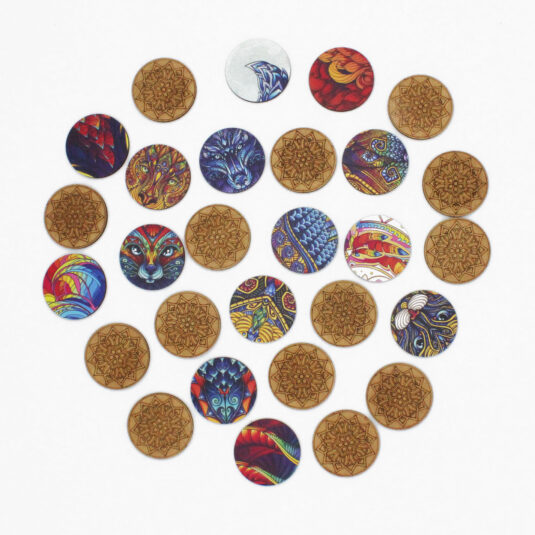 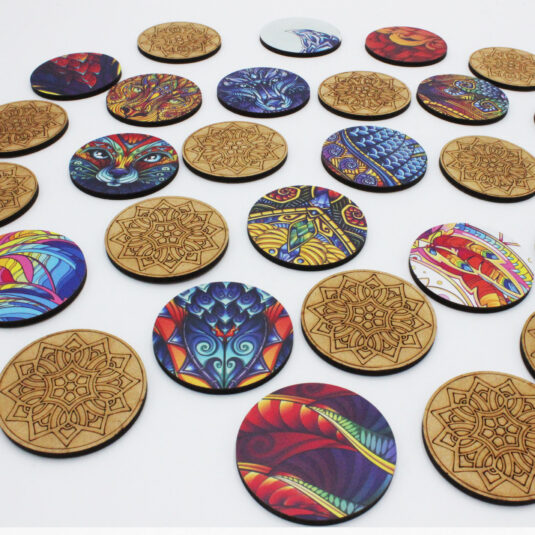 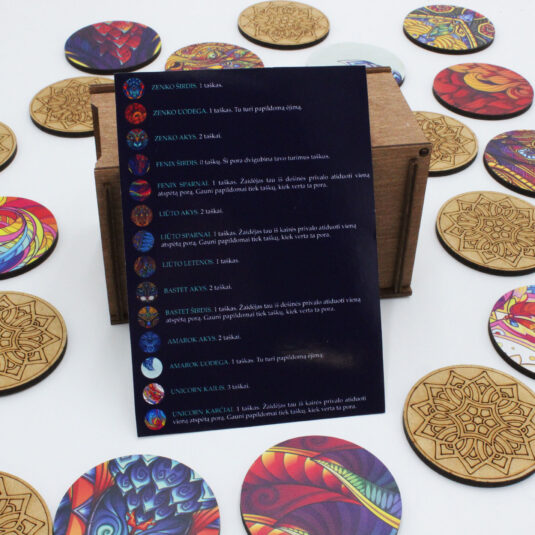 “Fantasy Memory game” is a board game, that is popular all over the world, especially among children, and consists of plates with different colorful pictures. Collect as many matching pairs of plates as possible, i.e. two plates with the same picture, and become the winner! “Fantasy Memory Game” is an ideal way to spend a time with the whole family.

Our first board game is made of wooden plates with pictures from our puzzles. Different, stylish and extremely colorful pictures make this game unique from all other standard memory games.

Packed in a box that is comfortable to take on trips.

Close the plates so that you can’t see the picture and arrange them in a rectangular shape (this makes it easier to play). It doesn’t matter who starts the game (the oldest/youngest player may start or the one who got lucky in case of drawing lots). The first player opens any plate. When he/she sees a picture, he/she tries to find its pair. He/she has only one attempt. The player who opens two identical plates takes them for himself/herself, but he/she has one extra move. If the second plate does not match the first one, the plates are closed and the next player starts the game. Try to remember all the plates that are closed, this will help you win faster.

The goal of the game

To guess as many pairs of identical plates as possible. The winner will be the one with the most points (1 point per pair guessed).

A game for advanced players

If you’re already an experienced player of the game, try a different version of it. The rules remain the same until the first pair is opened. After opening the first pair of plates, the player looks on the other side of this sheet to find the picture opened by him/her. From the picture of the pair of plates guessed, the rules of the game change as written in the LEGEND.

There are no reviews yet.

Be the first to review “FANTASY MEMORY GAME” Cancel reply